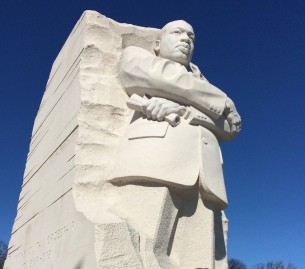 It has been a while since our last post as we have navigated new projects and a new, national reality. But, today is Martin Luther King, Jr. Day. In this post-election world, it is more important than it has been in a while to reflect on his words, ideals and actions. So many folks fear for their futures…many rightfully so. In some ways, we are in a boat that is not only shaky but also has a leak and no wind for its sails.

We have been moving forward with our food justice and entrepreneurship work. The Ghettostead is developing (we have plans for an unveiling on Earth Day this year) and we will soon conduct our next set of Arduino workshops in our sister city of Santiago de Cuba. Today, we will hear references to Martin Luther King’s iconic “I Have a Dream” speech, and we will remember how he touched upon food justice in other speeches. We are also reminded that, often, he spoke on the notion of audacity – the willingness to take bold risks. During his acceptance speech for the Nobel Peace Prize in 1964, King said:

“I have the audacity to believe that people everywhere can have three meals a day for their bodies, education and culture for their minds and dignity, equality and freedom for their spirits.”

He acceded that this risk-taking is only so useful as it leads us to what and how we ought to be. His speech that day also included these thoughts:

Some of us have always been immersed in the struggle for economic empowerment and social justice, because we have seen or continued to experience discrimination and consequential slights.  For better (never for worse) we now have a cadre of allies to work with us as we embrace the lessons of those who have worked so hard before us.  So on this Martin Luther King Jr. Day, one that precedes a new, and for some a disquieting, future let’s find our audacity. Let’s remember to aspire to our oughtness. Show up, dive in, stay at it.