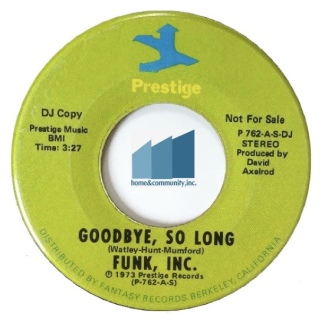 After almost 20 years, the little organization that could (and did!) is coming to the end.

It has been such a meaningful and full experience to help communities grow and thrive.  Although bittersweet, we are so grateful for the relationships made and community building in 40 states!  We are especially proud of the work around food justice and regenerative agriculture, which will continue through the SEED project.  SEED will be an innovating force in fighting global food insecurity and climate change.

So, as you can see, while this chapter closes, the real work goes on.  Not goodbye, but so long.

Thanks for being part of the journey.  See you on the next one! 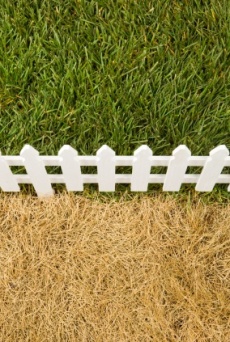 It’s the end of the year, when a lot of people start thinking about the prior 11 months and things they have/have not done to fill all those days.  Have I worked on things I’m passionate about? Have I spent meaningful time with friends and family?  Did I learn how to play Lola on the ukulele?

Thankfully, mostly the answers are yes.  But when talking to some about this, I hear a familiar refrain (complaint) from people who haven’t reached goals they wanted: I wish I had what [insert some other person who isn’t the speaker] has.  The coveted thing might be a certain job, a certain relationship, a certain skill, a certain item.  Often, the conversation then moves to me and how I have what I have.

It’s always interesting because what I think I “have” is not generally quantifiable or obvious to describe.  My impulse is to answer the questions by asking more questions.  “Exactly what do you think I have and why do you want it, too?”  But, I’ve learned that my experience in the gardens with residents and friends can be instructive in providing answers.

Things are green on my side because I try to keep them that way.  It’s work and it’s intentional.  What needs to get watered today?  Optimism getting a little dry? Happiness wilting a bit?  Go fill up the jug.  Think about those “goals” you missed.  What exactly were you trying to grow? Blue fescue is going to need different care than St Augustine (as will a tomato from rhubarb).  Do you even like the fescue you’re trying to keep alive? Maybe something else is more appropriate for you.  Maybe try focusing on something else for a while.  Become an “accidental creative.”

Your water may vary, but, thinking about what you’re growing and remembering to water at all is more likely to get things as green as you want them to be.

I learned a lot about dealing with people and working towards joint solutions on one particularly epiphanic day when I was 14.  That day, my sister made me really mad.  I mean, really, really mad (she’s five years younger than I am, so you can imagine the ways).   I was paralyzed by a compulsion to react physically towards her.  I had certainly never hit her and had no idea how to resolve the situation.  One thing I did have was something I’d just purchased.  An item I’d coveted for months…a brand new compact with brand new eyeshadow in it.  So, I threw it at her.  I threw it as hard as I could.

And, it missed her.

Instead, it hit the wall.  Glass, powder, plastic — all shattered into an unrecognizable mess.  She laughed and ran downstairs.  I stared at my loss.  That day, I learned that if you throw your stuff, you’d better have good aim.  But, in subsequent days, I understood that there was a deeper lesson.  Reacting without thinking rarely solves anything.  Reacting without thinking about the other party’s position and needs only breeds resentment — in both of you.

Any time I come up against a “conflict-attracted” person in my work, I think about that day.  I absolutely do.

A few days ago, it happened.  For the record, I don’t generally get outrageously angry.  But, a perfect storm was in place: my resistance was low, the contentious person was transferring frustrations from their own recent bout with a “conflict-attracted” person, and then there was the goading and pushing.  I really wanted to throw the compact — in this case, some well-crafted barbs and withdrawal of support.  But, to what end?

More than likely, they would have hit the wrong target and shattered into an unrecognizable mess.  The kids would lose their chance to garden.  The food project would be stalled, and the other party would have run downstairs laughing.  Instead, I did what I’ve learned to do.  I paused and asked:  “Do you need something from me?”  After withstanding a few more attempts to get my goat (which they probably did out of habit more than anything else), I repeated: No, really, do you need something from me?  And the tide was turned.

We started exchanging information.  The other person began to realize that clients were watching and were interested in the response.  Ultimately, the person was being made a major part of the solution and allowed to direct my response.  And you know what came out of it?  Better understanding and a better partnership.  We’re designing a Community Supported Agriculture program and cropsharing.  This CSA/cropshare will be an integral part of the community food system plan we’re developing.

And, who knows, some day I might be saying this is the best partnership ever — just like the best sister ever — and that would be very, very cool.